In knowledge organization, the objects of knowledge are usually referred to as phenomena, as opposed to disciplines. Many KOSs, including general classification schemes like DDC, UDC, CC, and BC2, have a disciplinary structure, taking as their main classes disciplines like zoology, economics, or philosophy; while others, like Roget's Thesaurus or the CRG draft of a NATO faceted classification, have a structure based on phenomena. This difference is stated clearly in the introduction of BC2:

the basic organisation of information will subordinate material on a given phenomenon to the discipline or subdiscipline from whose viewpoint it is being regarded. So documents on the subject of the phenomenon "Colour" for example, will not be kept together insofar as they will be assigned to the different disciplines (Physics, Art, etc.) their treatment reflects.

However, it should be recognised that there is, theoretically, a quite different way o[f] organising a general classification. This would be to make the first division of the field of knowledge into phenomena (from subatomic particles to planetary bodies and stars, from single cells to particular organisms and particular societies, and so on) and to subordinate to each phenomenon the disciplinary aspects from which it may be treated: e.g., Colour – in Optics, in Biology, in Art, etc.; or Food – in Agriculture, in Nutrition, in Cookery, in Economic resources, etc.; or Water – in Chemistry, in Geology, in Biology, in Engineering, in Transport, etc. [1]

Among general classifications, giving priority to the phenomenic dimension is a distinctive feature of ILC. Instead of zoology, botany etc., ILC main classes are animals, plants, etc. This seems to contradict the traditional assumption of classification theory, that documents are to be classified by the aspect, or perspective, under which they deal with their objects, rather than by the objects themselves. In other words, it is assumed that grouping together all documents taking a zoological perspective — including, say, documents about heavy metals considered for their toxic effects on animals — is more useful than grouping together all documents dealing with heavy metals, irrespective of their mechanical, or chemical, or zoological, or economical perspectives. Users, it is claimed, will most often need all documents sharing a given perspective, than all documents sharing a given phenomenon. A zoologist is interested in documents on the effect of heavy metals on animals (phenomenon: heavy metals; discipline: zoology), but not in those on animals as means of transport (phenomenon: animals; discipline: economics).

This canonical view is put under discussion in the León Manifesto [2], claiming that (1) the phenomenic and the aspectual dimensions should be expressed separately, instead of being mixed in the same main class (zoology implies the notion of animals, while there is no autonomous notion of animals anywhere in the scheme), and (2) the phenomenic dimension should usually be given priority in the interest of interdisciplinarity. As Robin Bonner observed [3], when someone wants to know what to do when her husband dies, she is not interested in disciplinary information, but in factual information ranging across political sciences, religion, psychology, economics, medicine, etc. While disciplinary classification is biased towards academic knowledge, classification by phenomena is more general.

The following dimensions of knowledge can be identified, forming a path from reality, through human knowledge of it, to its expression in documents and their use [Vic08]:

As reality in itself (Kant's noumenon) is attainable only through our sense organs and human cognitive abilities, in practice the first elements of knowledge are phenomena. The subsequent dimensions exist in dependence on phenomena: aspects are the particular phenomenon consisting of the ways and perspectives by which humans know; carriers are the particular phenomenon consisting of artifacts built by humans to carry knowledge; etc. Therefore, it is more appropriate to define aspects (including disciplines) in terms of phenomena, than phenomena in terms of aspects. Knowledge organization should represent this relationship by taking phenomena as its primary units, and aspects as a secondary one. This may seem less immediate or usual at the beginning, but will later yield benefits in terms of system consistency and flexibility, as was acknowledged already by some members of the CRG:

Farradane restated his principles of relational indexing. [...] The general classification scheme which can gradually be produced by synthesis (through relations) of "single" concepts [...] leads eventually to all class terms, all disciplines, and the possibility of handling all viewpoints. The process is initially that of subject classification, but, when complete, will allow other types of classificatory structures to be derived, either in detail, or in broad terms. [CRG73. p 55-56]

The primary definition of a concept, its place of unique definition in Farradane's term [Far50], will be in the phenomenic dimension. Horses are a phenomenon belonging to the class of animals, before being an object of study for zoology or transport history. The notation for horses will be defined at the integrative level of animals, then it will be possible to combine it with the notation of any other phenomenon, of disciplines studying horses, of documents treating horses, etc. The constant notation for the concept of horses will allow users to retrieve any combination of concepts in which it occurs.

The integrative levels will then be represented in ILC as levels of phenomena, rather than levels of disciplines like in BC2. Our system will consist of a series of main classes of phenomena, and their subclasses, listed in the sequence of the integrative levels they form. This idea was explored already by the CRG [Aus69a, CRG61-69, Fos59-61, Fos78], and independently by Martin Scheele [4], although they never produced a detailed classification. ILC is a further development of the same idea.

Traditional KOSs assume that knowledge to be organized is contained in documents, like books or websites, which obviously have both a phenomenic and an aspectual dimension: a treatise of zoology deals with the phenomenon of animals under an academic perspective, while an illustrated bestiary for children deals with the same phenomenon under a different perspective.

However, a modern conception of knowledge organization is that it can treat any form of knowledge, not necessarily limiting itself to published documents. Besides documents kept in libraries or sold in bookshops, knowledge can be stored in single objects, either written (usually kept in archives) or not (usually kept in museums). Some thus adopt an extended definition of document, including any phenomenon when treated as an object of knowledge, like a horse when shown in a zoo [5]. Indeed libraries, archives, and museums (often indicated collectively by the acronym LAM) share many tasks concerning the organization and indexing of their collections. Other kinds of knowledge objects, not kept in LAMs for size reasons, include monuments, like a church or a statue, and perhaps organizations, like a university department or an association.

This extended approach to knowledge items is adopted in recent conceptual models of cataloguing, assuming that an intellectual work can have instantiations not only in a bibliographic form, but also in an archive document, a museum specimen, or also a performance [6-7]. Indeed, some KOSs are used to organize both bibliographic works and art works (Art and Architecture Thesaurus), or both music literature and musical instruments (Hornbostel-Sachs classification) [8]; thesauri are considered as a promising tool in museum documentation [9]; and "UDC is currently used for subject indexing in a major private art collection, because paintings, sculptures and ornaments can yield historical information about persons, costume, animal breeds, vanished buildings or landscapes, and many other subjects" [10].

After all, classification is a common techique in fields as different as biology, archaeology, library science, and any other one needing to organize its objects by consistent principles [11; Gno10b].

On the other hand, the CRG recommended that the various dimensions of knowledge should not be taken as equivalent: classifying books on Chinese plates, it was said, is not the same as classifying Chinese plates themselves [CRG78]. While the plates are in dimension β, hence are fully described by specifying the various characteristics of plates, the books are in dimension δ, which implies additional characteristics relating to the perspective (eg art history theory adopted) and the document (eg illustrations, diagrams, available pages). 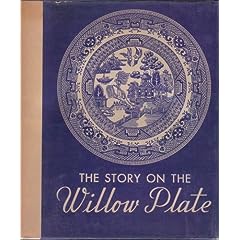 As we take phenomena as the primary dimension, we will first have a notation for plates as material objects (β), eg displayed in a museum:

Knowledge about Chinese plates can take many different perspectives (γ). Let us take the perspective of esoteric knowledge. It can be represented as

In a library we can find a book (δ) dealing with knowledge on Chinese plates, which will thus be

ILC main classes thus allow to represent any phenomenon as an object of knowledge, be it an animal, an artifact, a document about animals, or a document about artifacts. Special uses of ILC then can restrict application to only artifacts, like in the catalogue of a museum, or to only documents, like in the catalogue of a library or in a bibliography. In these cases, an initial part of the notation will be obvious, and can be omitted for brevity, possibly substituting it by an upper case letter acting as a deictic:

We may want to organize our knowledge sources by (β) the phenomena they refer to; or by their (γ) kind of knowledge: traditional, esoteric, scientific, philosophic; or by (δ) kind of carrier: books with ancient bindings, printed photographs, digital documents; or by (ε) collection: documents originally owned by Professor Smith; or even by (ζ) expected user: documents for children, for learned scholars. The organization by phenomena is most common in museums. Archives and historical libraries often adopt an organization by owners. Libraries usually organize their documents by disciplines (γ), although sometimes also by carriers, like in the case of a section for VHSs and DVDs, or even by users, like in the three-level library model. All organizations are possible, depending on local purposes. However, each dimension is best defined as related to a general scheme of phenomena, from which all its contents can be derived. Indeed, this will allow to shift from one to another appropriately in the searching and retrieval processes, as well as in sharing data between different applications.

References cited in this section

7: When is a terracotta hut urn like a sailor's deck-log?: meaning instantiated across virtual boundaries / Richard P Smiraglia = (Museums and the Web. 2007 : San Francisco) – <http://www.archimuse.com/mw2007/papers/smiraglia/smiraglia.html>